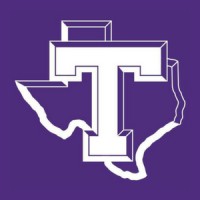 The partnership helps Tarrant County with food insecurity and provides education and second chances for the previously incarcerated.

Tarleton State University has announced a partnership with Opal’s Farm, an initiative of activist and Nobel Prize nominee Opal Lee.

Opal’s Farm is a fifteen-acre urban farm in Fort Worth that works to address local food deserts and revitalize the health of historically under-served neighborhoods. Half of the food produced at Opal’s Farm is produced for a local food bank. The remainder is sold at a West Fort Worth farmer’s market, with proceeds going back into the operation.

The 96-year-old Dr. Lee, who has been awarded three honorary degrees, and Tarleton President James Hurley signed the new agreement. It will allow the school and the farm to share resources to reach their respective goals of education and second chances, particularly for the previously incarcerated.

“We’ve been trying to find an institution, an educational partner, to help us build a curriculum where experience in the system could be counted toward a degree or certification,” said Lee’s granddaughter and Executive Director of Unity Unlimited, Dione Sims. “We needed an institution that had an agriculture program that would want to take on that vision with us.”

Besides the agricultural aspect of the agreement, Sims and Lee see a future that includes food service options and, ultimately, living accommodations.

“Our shared vision of Opal’s Farm not only provides help with food insecurity, it is a conduit for second chances. It’s not just about ag programs, it’s about culinary, business, criminal justice,” Sims said. “If we invest in human capital, if we provide second chances, then maybe their time served won’t be time wasted. Doing things together is what will help this country go farther. It’s a big vision.”

President Hurley agreed that the agreement represents a huge undertaking.

“That’s the Tarleton way,” he said. “I’ve signed a lot of partnerships in 25 years, but this has to rank as one of the premier, most exciting I’ve ever been a part of.”

The impetus for Opal’s Farm came from Lee’s volunteer work with a Fort Worth food bank that provides for 500 people a day.

“I talked to people in line at the food bank, and 66 people said they wanted to farm,” she said. “Now we have a farm.”

A resident of Fort Worth’s Riverside neighborhood, Lee credits a strong family background for her drive to help others.

“My grandparents farmed, and they couldn’t hire hands, so they grew them. They had 19 children. My grandfather was a powerhouse in his community. We were taught that whatever you started you had to finish. He would bring people to my grandmother and have her give them clothes, food and a place to stay. I guess it’s in my DNA. You have to help if you can.”

A retired educator and school counselor, Lee spent most of her career as a third-grade teacher in the Fort Worth ISD. The needs of those 8-year-olds stuck with her when she left the job in 1976.

Lee is perhaps best known for her drive for federal recognition of Juneteenth. At the age of 89, she conducted a symbolic walk from Fort Worth to Washington, D.C., collecting signatures for a petition supporting the federal holiday, accumulating more than 1.6 million. President Joe Biden signed the bill in 2021.

“I walked all over these United States,” she said. “I guess a little old lady in tennis shoes was able to maybe influence a few people. I still pinch myself, but there’s still much to be done. We have to address atrocities like homelessness and climate change that we’re responsible for.”

“I’m asking you young people to make yourself a committee of one to start these changes,” Lee said. “Leave here thinking about somebody whose mind you can change. And stick to your guns. It took us over 40 years to get Juneteenth as a national holiday.”