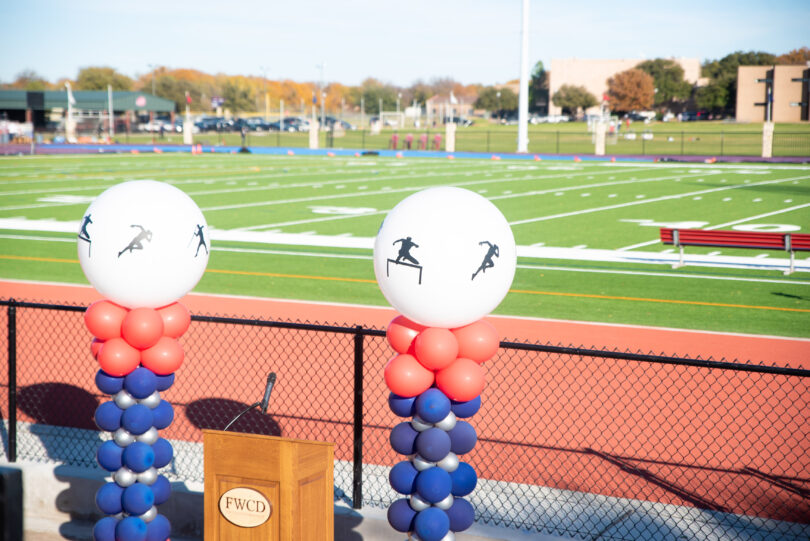 The project involved excavating its field hockey field, its multi-sport field (Howard Family Field) at Rosacker Stadium, and its track (Barrett Havran Track), and superseding them with international-caliber surfaces and technologies rivaled by no other school in North Texas. Funded entirely by 21 FWCD donors, the upgrades impact all FWCD student-athletes, especially those who compete in field hockey, football, lacrosse, track and field, and soccer.

FWCD recently celebrated the project’s completion with a ribbon-cutting and dedication ceremony, which was attended by many of its 21 donor families, project team members, community, and city leaders, FWCD’s board of trustees, and Upper School athletes, students, faculty, and staff. Fort Worth-based Paragon Sports Constructors served as FWCD’s design/build project partner.

“Our current student-athletes are not the only ones who benefit from our new state-of-the-art athletic facilities,” said Eric Lombardi, FWCD’s head of school. “Athletes from all over Texas will come here to compete and benefit from our good fortune, and I am so proud that after 59 years, Fort Worth Country Day now has the ability to host international-caliber athletic events and competitions; all while showcasing our 104-acre campus. This project is truly transformational and one that will go down as a milestone in the great history of Fort Worth Country Day”