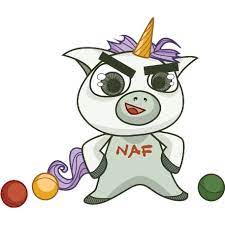 Today is Martin Luther King Jr. Day. Those of us who are in nonprofit, philanthropy, and other fields focused on making the world better rely on his words as a beacon for our work. Which is why this week we will be inundated with MLK quotes.

Before we quote him, though, let’s do some serious reflections about Dr. King and what he said and what he stood for. Otherwise, we run the risk of choosing the least controversial quotes, the ones that don’t make us uncomfortable or force us to confront our privileges or change the way we do things. Then we feel good about ourselves and continue perpetuating the injustice he fought against.

Below are a few of his quotes that are less seen, less examined, or more often conveniently ignored by leaders, by the general public, and even by those of us committed to doing the work of advancing justice. Thank you to journalists and writers who compiled MLK’s more radial quotes (here, here, here, and here). I am interpreting what they mean for those of us in nonprofit and philanthropy, and how they should guide our work. These are just my interpretations, so please feel free to disagree, and to add other quotes that you think are relevant for our sector:

“Capitalism does not permit an even flow of economic resources. With this system, a small privileged few are rich beyond conscience, and almost all others are doomed to be poor at some level. That’s the way the system works. And since we know that the system will not change the rules, we are going to have to change the system.”

So much of our work of fighting injustice ironically reinforces it because we fail to understand and refuse to acknowledge that inequity and injustice stem significantly from capitalism. Charity and philanthropy prop up capitalism by allowing society to pave over the fact that significant wealth has been built on capitalism-driven forms of injustice including slavery, imperialism, colonization, stolen Indigenous land, genocide, worker exploitation, and environmental degradation.

We need to acknowledge that capitalism is one of the root causes of the inequity we’re all trying to fight. And we need to stop legitimizing capitalism through our habit of charity- and philanthropy-washing its harmful practices. For example, we must stop praising corporations for “donating” money to nonprofits and instead work to ensure they make reparations, stop exploiting their workers, and pay their fair share of taxes.

“Why is equality so assiduously avoided? Why does white America delude itself, and how does it rationalize the evil it retains? The majority of white Americans consider themselves committed to justice for the Negro. They believe that American society is essentially hospitable to fair play and to steady growth toward a middle-class Utopia embodying racial harmony. But unfortunately this is a fantasy of self-deception and comfortable vanity.”

Nonprofit and philanthropy are predominantly white, and where there is the highest level of power we find the highest concentration of whiteness. Which is why foundation CEOs and foundation boards of trustees are almost entirely white. White people, at whatever level of power, must constantly fight this delusion Dr. King talks of, which is the delusion that meritocracy exists and that the world is essentially fair and just.

In our sector it manifests in white foundation leaders choosing whom to fund based on who can write the best grant proposal and code-switch the most effectively, not on which communities are most affected by systemic injustice and have the greatest needs. It manifests in white donors and looking down on organizations led by communities of color because they can’t play the game like sending personalized thank-you notes as fast as white-led orgs.

To do our work effectively, white allies must get out of the delusion that the world is fundamentally fair and that a “level playing field” currently exists. It does not, and it never will if we continue to buy into this illusion of meritocracy that has seduced many people in our profession.

“Philanthropy is commendable, but it must not cause the philanthropist to overlook the circumstances of economic injustice which make philanthropy necessary.”

Vu Le (“voo lay”) is a writer, speaker, vegan, Pisces, and the former Executive Director of RVC, a nonprofit in Seattle that promotes social justice by developing leaders of color, strengthening organizations led by communities of color, and fostering collaboration between diverse communities.

Vu’s passion to make the world better, combined with a low score on the Law School Admission Test, drove him into the field of nonprofit work, where he learned that we should take the work seriously, but not ourselves. There’s tons of humor in the nonprofit world, and someone needs to document it. He is going to do that, with the hope that one day, a TV producer will see how cool and interesting our field is and make a show about nonprofit work, featuring attractive actors attending strategic planning meetings and filing 990 tax forms.

Known for his no-BS approach, irreverent sense of humor, and love of unicorns, Vu has been featured in dozens, if not hundreds, of his own blog posts at NonprofitAF.com.