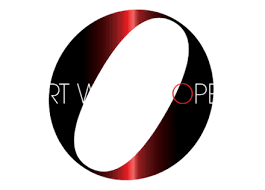 I happened to see a small ad online in the Fort Worth Business Press and clicked on the link billed as Say it Loud: A Night of Black Excellence – Songs of a Revolution presented by the Fort Worth Opera. I bought 2 reasonably priced VIP tickets to the show and reception, and received far more value in return.

After purchasing the tickets, I began to see a little social media buzz about the event. Several posts curious as to what to wear to an afternoon event entitled A Night of Black Excellence. A quandary for sure.

I was pleasantly surprised to arrive at the theater at IM Terrell High School to an overflowing parking lot and lines out the door. As we took our seats, the theater was truly electric with excitement even behind our masks.

There were two acts filled to the brim with amazing performances from local and national black talent. Jazz, Broadway, gospel and opera were all performed with an invitation for audience enthusiasm- all stand-up performances.

If I had to pick just one highlight to share, it would be the commissioned poem written and performed by spoken word poet Leslie N. Polk presented to Ms. Opal Lee titled Praying Feet. It did more than justice to its purpose. Beautiful.

I don’t typically use DFW501c articles to promote events, but in this case I made an exception. You can still enjoy the performance as it was recorded for streaming and is available beginning March 7th for a $20 ticket. Do it! I promise it won’t disappoint.

I wasn’t able to make the reception -my fault for not carefully reading the event agenda and managing my calendar better. But, you can be damn sure I won’t make that mistake again – and I think I might take in an opera this year too. Talk about building new audiences!

As the Fort Worth Opera celebrates its 75th year and its second year under new leadership, I can’t help but look forward to the beautiful art excellence and equity to come.