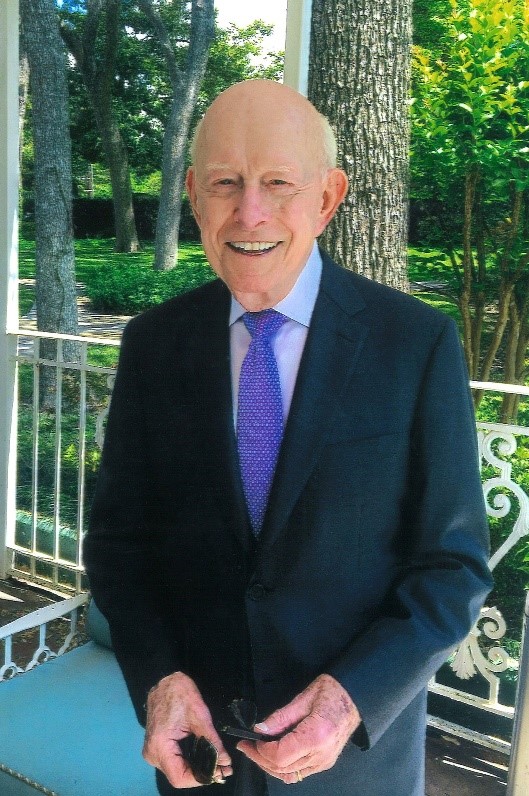 Honoree is characterized by an entrepreneurial mind and servant’s heart.

The Catholic Foundation has named the honoree for its 40th annual award.

Jack E. Pratt, Sr., founder and retired chairman and CEO of Hollywood Casino Corporation, will be recognized during The Catholic Foundation Award Dinner on February 4, 2023.

A giving vehicle for the Catholic community, the Foundation has recognized an individual, couple or family for their distinguished service and support to further religious, charitable and educational needs for four decades.

Pratt is the developer of multiple hotels, casinos, commercial and residential buildings and restaurant chains in the U.S., Mexico, South America, Australia and the Caribbean. He is being honored for his Christian example and philanthropic impact throughout the Dallas area.

Professionally, Pratt achieved success in a wide variety of ventures including T.G.I. Fridays. He is also one of the nation’s largest developers and owners of the Holiday Inn franchises, with more than 40 hotel properties including Hiltons, Crowne Plaza and Sheraton Hotels in the U.S., Mexico and Caribbean.

“You don’t earn money to keep it for yourself,” said Pratt. “You can’t take it with you. It was not a desire that I needed the money. I lived decently, and it was always in my thought that there were many other people that needed support and so I helped.”

A native of Joplin, Mo., Pratt has served as a member of the Leadership Council “Innovation in Medicine” campaign for Southwestern Medical University, the committee for Advanced Gifts – capital campaign fund for Ursuline Academy, the founding committee of John Paul II High School in Plano and the Leadership Committee for the “ Our Faith Our Future”capital campaign for the Diocese of Dallas.

Pratt was the initial investor for the now nationwide Young Catholic Professionals, a nonprofit that brings together young business professionals to foster Catholic identity.

He also founded and was an advisor to the San Juan Diego Catholic Church in northwest Dallas. After witnessing a Mass celebrated in the rain with people kneeling on soggy ground and a priest holding an umbrella above his head, Pratt spent several years identifying real estate, negotiating deals with building owners, renovating facilities to meet the needs of a growing Hispanic Catholic community, financially contributing to and establishing the church in northwest Dallas.

In his early life, Pratt sold daily newspapers, flowers and puppies at the age of seven to support his family through the Great Depression.

“There were no safety nets in the Great Depression so if you needed help, the place you turned was the church,” said Pratt. “I told myself as a six-year-old that I would do everything possible to work hard, help my family out of poverty, be a good Christian and give back to the community. It never left my mind.”

Later, Pratt served as a master sergeant in the U.S. Army’s Inspector General’s office during the Korean War and handled parts logistics that aided helicopter pilots in Korea while based at Fort Wolters in Mineral Wells. As his business grew during his career that followed, Pratt subscribed to the notion, “To whom much is given, much will be required” that stems from the Gospel of Luke.

“I always believed the good Lord was number one in my life,” Pratt said. “I always asked God for advice going into a new business.”

The Catholic Foundation was chartered in 1955 by a group of Catholic laymen. It helps donors fulfill their charitable goals and has provided more than $247 million in grants. The Foundation manages approximately $300 million in assets, and houses more than 500 charitable funds and trusts.

“Like many who personally endured the challenges of the Great Depression, Jack humbly minimizes the later success he experienced in the business world,” said Matt Kramer, president and CEO of The Catholic Foundation. “Jack has devoted considerable time to philanthropic pursuits as founder and director of the Aileen and Jack Pratt Foundation, serving eight years on the St. Monica Catholic Church finance council, 12 years on the Investment Committee of the Diocese of Dallas and on the Bishop’s Finance Council of the Diocese of Dallas. He’s a legendary leader and his generosity toward the community runs deep.”

Pratt and his wife, Aileen, currently serving as chair of The Catholic Foundation board of trustees, are parishioners at Christ the King Catholic Church and have four children, nine grandchildren and 11 great grandchildren.